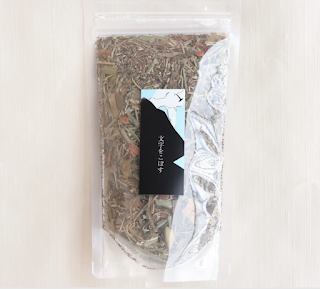 The writing desk
drops letters -
a bit chilly
Ayaka Satō
文机のひやりと文字をこぼすなり  佐藤文香
Fudzukue no hiyari to moji wo kobosu nari
文机 fudzukue [ɸɯdzɯkɯe]
the writing desk (a little old-fashioned)
の no [no]
(particle; express the subject in this case)
ひやり hiyari [çʲijaɾʲi]
mimetic word (onomatopoeia)
It has double meanings like "chill(y)" in this case.
It means both "feel like a chill" and just "feel chill".
For example, "A cold chill came over me when I lost my footing on the stairs" and "A chilly wind is blowing".
と to [to]
(particle)
文字 moji [moʤi]
characters/letters
を wo [o]
(perticle)
こぼす kobosu [kobosɯ]
drop
なり nari [naɾʲi]
(auxiliary verb; express the conclusion)
I chose the following words carefully when I translated.
・It is a personification that "the desk drops" letters. In fact, a notebook or something which has characters falls from the desk, but it is like a desk's mistake I think. And characters are twinkling for me, so I chose "drop" because its meaning as a noun "drop".
・At first, I selected "characters" since I use Japanese and Chinese characters more than alphabets. But "characters" has some meanings unrelated to the books. On the other hand, "letters" has two major meanings which are "mails" and "alphabets", and both of them relate to the books or the study room. So, I chose the word "letters" in this case.
・"Chilly" relates to "drops" and "letters". When the letters drop, we feel chilly. And we feel the letters a little cold because it's autumn now. "ひやり hiyari [çʲijaɾʲi]" comes from "冷える hieru [çʲieɾɯ]" means "Get cold" which is an autumn seasonal word in haiku. I try to cover this translated English haiku with chill, so I put "a bit chilly" at last.
I felt that this tea' flavor is intelligent. Please try it.
Andbooks（Masayo）→ instagram →Online shop
Please read this next → Explanation of the herb tea “We're together” #haiku
投稿者 sato 時刻: 10:05